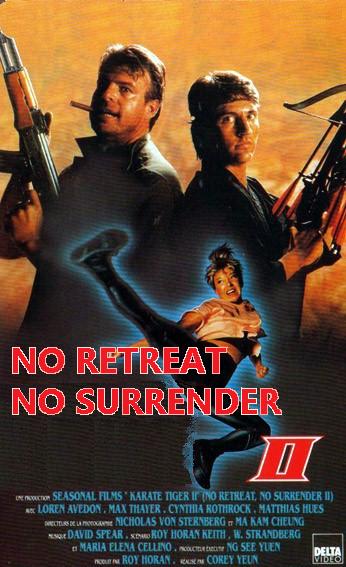 No Retreat, No Surrender 2: Raging Thunder (1987): Body Count by Gregglop09 and Rutledal

Apartment Fight: 2
Scott bashes a kidnapper’s head against a wall three times, killing him
Scott forces a kidnapper to stab himself in the neck with a needle

Pit: 1
Yuri throws a guy into a crocodile pit, where he is eaten by them

Death From Below: 1
Su-Lin’s father is shot by an assassin

Setting Traps: 1
Scott stabs a soldier through the back with a machete