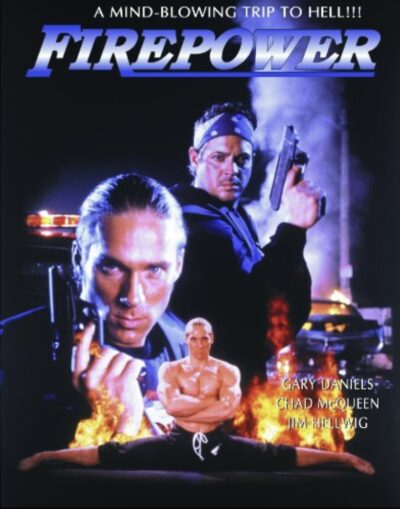 Car chase out of the tunnel: 2
2 police cars are blown up, killing 2 police officers, while they’re chasing Banger.

Shootout outside the tunnel: 1
Sledge shoots a suspect.

The Swordsman’s detention cell: 2
Two officers are shot by his henchmen.

Precinct shootout continues: 5
One police officer is shot while Sledge, Boone, and Braniff try to fend them off.
A henchman with an assault rifle shoots Boone.
Sledge shoots Boone’s killer while Braniff and the Captain shoot 2 remaining henchmen (no shared kills).

Air support: 2
A henchman with a high-powered rifle blows up a police helicopter, killing a pilot and a shooter.

Sword duel: 1
The Swordsman slashes and stabs The Professor.

“Flowers for Mrs. Braniff”: 1
Mendez shoots Braniff’s wife Sue while she’s talking to her mom on her phone.

Ultimate Death match: 1
The Swordsman paralyzes Sledge by pushing him onto an electric fence and slices his head off with a katana.

Braniff’s attempt to retrieve Sledge’s body: 1
Braniff shoots a bouncer with a pistol.

Bar hallway: 2
Braniff shoots 2 of Drexel’s men with a pistol.

“One stupid cop”: 2
Braniff shoots 2 henchmen with a pistol while on motorcycle.

“Officer Braniff, goodbye”: 1
Braniff shoots Mendez who shoots him with a machine gun.

Counter-AIDS vaccine shipment: 1
Braniff shoots a henchman with a crossbow.

Sabrina Le Blanc reports that in Cleveland, 14 police officers were killed and 17 were wounded when they try to wipe out the city’s Personal Freedom Zone.
Viper defeats a fighter in a Death Ring match.
Prior to The Professor, The Swordsman claims to have a 12-kill record.
Lisa tells Braniff that she fell in love with a fighter who was killed in a death match.
Lisa’s brother was a fighter who was killed the same way as Viper.
Braniff knocks down a henchman before he enters a laboratory.