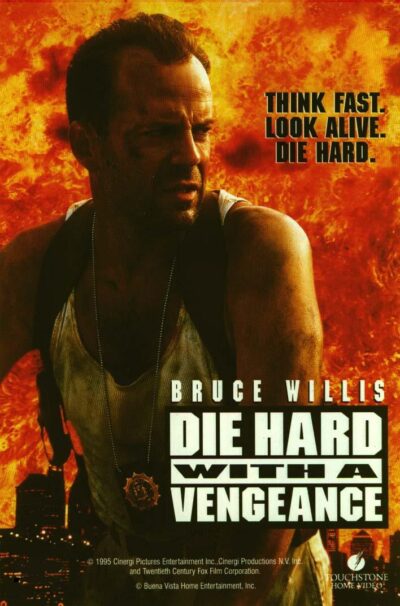 Summer in the City: 6
-Simon’s bomb blows up six civilians on the sidewalk

“Those are my lucky numbers”: 4
John shoots Karl and Kurt
John smashes Gunther’s head against the elevator wall
John shoots Otto in the throat

“We got a report of a guy coming’ in here with eight reindeer”: 2
John shoots Nils and Klaus

“Say hello to your brother”/“Yippee-ki-yay, motherfucker”: 2
John shoots power cables, causing Katya to crash the helicopter into a telephone pole blowing up her and Simon