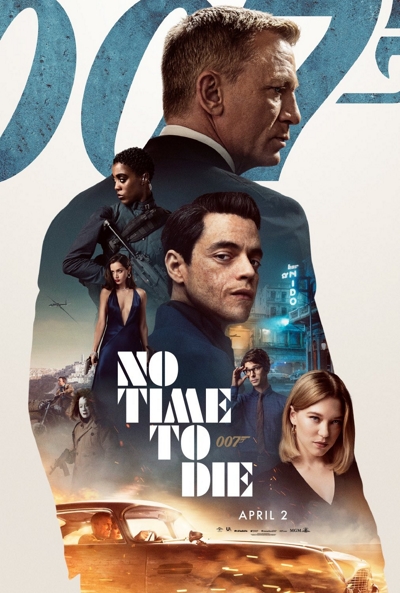 No Time To Die rights held by Eon Productions and MGM.

Blofeld’s Birthday Party: 34
Cyclops releases some nanobots which were activated and reprogrammed by Obruchev in a sprinkler system causing them to kill 34 SPECTRE agents (Shared)

Funeral: 5
5 of a SPECTRE leader’s family members are infected by the nanobots

“Die Blofeld die!”: 1
Blofeld’s body is seen died from nanobots being unknowingly and unintentionally transferred into him by Bond strangling him with his hand which then killed him

Family Photo: 9
9 of Safin’s family members are seen in a photo killed by Mr. White

Norway Car Chase: 2
Bond rams a car with his car causing it to flip over a hill and crash killing 2 of Safin’s men

Forest Hunt: 6
Bond shoots 4 of Safin’s men
Bond pushes a car which causes it to roll down a ditch and crush Logan Ash
Madeleine shoots one of Safin’s men

Infiltrating the Base: 1
Nomi shoots one of Safin’s men

“Do you know what time it is? Time to die!”: 4
Nomi shoots one of Safin’s men
Nomi kicks Dr. Valdo Obruchev off a platform and into a pool of poison water which poisons and scalds him to death
Nomi shoots 2 of Safin’s men

“You have all the time in the world”: 1
UK battleships shoot missiles at Safin’s base which blow up James Bond