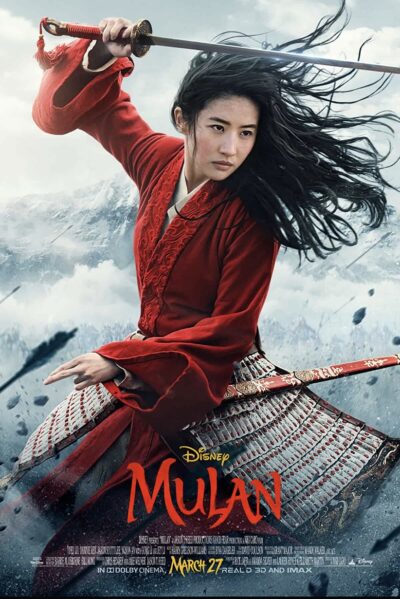 The desert on the way to the Silk Road trading post: 1
Xianniang hypnotizes a Middle Eastern trader in order for her to shapeshift; thus, killing him in the process.

Rouran arrival: 9
After Böri Khan shoots an arrow at a stall sign, Xianniang reappears from the trader while flipping the spice racks. She then uses her nails to shoot 2 guards on her left side and 1 to the right.
After the Rouran group successfully run up to the tower, Böri Khan throws a guard outside.
Böri Khan slices a guard and fatally kicks the other while an archer is seen lying.
Two Rouran raiders kill two soldiers while beating up some traders.

Xianniang’s message to the Emperor: 1
The witch reverts back to her original form before she transforms into a falcon. The guard in question has been killed offscreen.

Another Rouran invasion: 14
4 soldiers are slaughtered by the raiders.
Böri Khan kills 2 guards before jumping down to the ground near the gate.
Xianniang fatally punches one guard, shoots 2 (one to the left and the other to the right), claws another guard, catches the other with her silk, uses the same silk to kill a soldier before she tosses the other one, and stomps the same soldier whom she knocks him down earlier with her silk. (7 kills in one sentence)
Xianniang snaps a soldier to the neck with a spear.

Tung’s army has arrived too late: 7
7 corpses are shown when Mulan and the others are marching.

Tung’s army and the 5th battalion against the Rouran tribe led by Bori Khan: 7
Archers shoot down 7 Rouran raiders.

Shield formation from the witch crows: 56
A flaming trebuchet shot smashes the shield group, killing 28 soldiers offscreen.
Additional 28 soldiers are killed by another trebuchet fire while Mulan rides towards the mountain.

Avalanche as a result of the trebuchet shot: 18
18 Rourain raiders are swallowed by the avalanche.

The Chancellor’s chamber: 1
The Chancellor has been killed offscreen by Xianniang while she’s in falcon form.

Duel site ambush: 10
6 of the Emperor’s personal guards are killed by the Rouran archers.
The Emperor, with the help of a silk, kills 6 Rouran raiders.

“We’ll hold them back”: 1
Mulan slashes one Rouran raider while running to the wall.

Saving Mulan: 1
Xianniang, in falcon form, sacrifices herself by getting shot by Böri Khan’s arrow.

One desperate attempt to kill the Emperor: 1
The Emperor throws an arrow to the air and Mulan kicks it right back at Böri Khan. (Shared kills)

Inner walls: 7
Honghui kills a Rouran chain holder with a kick.
2 Rouran raiders are killed. Honghui didn’t do it.
4 Rouran corpses are shown when Cricket gets up.

The Rouran raiders kill more guards and apparently, foreign traders, offscreen. Same thing happens to the Imperial fortress.
Helmets are shown, not bodies, when Tung’s army has arrived at the scene.
More offscreen deaths during the mountain battle are revealed.
It’s certain that more Rouran raiders are killed offscreen by the avalanche.
It’s mentioned that the Emperor killed Böri Khan’s father.