FIVE SCREWED-UP FRANCHISES
THAT COULD STILL BE SAVED

James Bond, Batman, John Rambo, and even Rocky Balboa all have solid franchises built upon their main character. And just when you started thinking that the series was lost banality are just plain sucked, each were rescued from such a fate. James Bond and Batman both had reboots while Stallone swooped in to rescue Rocky from the lameness that was Rocky V and the absent-for-twenty-years Rambo films.

It’s sad to see a promising franchise go downhill and greatly satisfying to see a stale franchise get revamped and rescued. There are still a great many franchises that could be rescued from their fates and here is my list:

Sure, the sequel has far less fun with the concept but I am certain that it is better than most comedies coming out today. Yeah, I’d rather watch Ghostbusters II than Juno any day of the week.

However, with the aging cast members well… aging, I think that another sequel would have to be a torch-passing type of film. I’d still watch it, but that’s not what I want. I want to see Egon, Ray, Winstone, and Peter kicking some ghost ass. Fortunately, for people like me, there is a sequel coming out. But it’s a video game. On the plus side, all the original cast is back, it takes place in 1991 (so it IS, in fact, a sequel), and it looks fairly decent:

So hurray for video game sequels… unless it’s The Thing. That game sucks ass. On to my list: I actually don’t think that this series has been completely screwed up. However, I do think that it sort of lost sense over what kind of films they were supposed to be making. Like the Dirty Harry series, the Lethal Weapon movies lost their edge pretty fast and became almost parodies of themselves.

As much as I like the interaction between Riggs and Murtaugh, I think that it’s time for the series to move on. Can Roger fucking retire already?

The plan: Return the series to its gritty roots and stop making about family. Riggs gets a new partner who is deadlier than him. Shit, maybe Jason Statham or some unknown. They get in way over their heads and have to pull Murtaugh out of retirement to help them solve the case. Yeah, a passing-the-torch film, but dark and with style.

The Tagline: A new weapon… twice as lethal.

Likelihood: According to some reports, Shane Black (who wrote the first one) has already written another sequel and it involves Riggs pulling Murtaugh out of retirement. So there is a good chance. 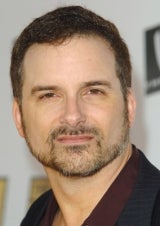 Live Free or Die Hard showed us that while John McClane can still kick some ass, it’s gonna require a lot of CGI and dubbing-over to do it. I love the Die Hard movies, but it may be time to pass the torch here as well. Fortunately, there are candidates within the series all ready to take over.

The plan: We don’t need to get rid of John McClane, but we can now focus on the adventures of his kids. I want to see Jack kick some ass and maybe team up with Al Powell, Jr.. Blah, blah, terrorist plot, blah blah lots of death and hopefully an R-rating.

The Tagline: And they thought his parents were hard to kill…

Likelihood: They introduced Lucy McClane in the last one as sorta bad-ass and it made a lot of money at the box office. This one could happen.

Terminator 3 was almost embarrassing (so… why exactly won’t he kill anyone even though he knows that everyone is already about to die on Judgement Day? Elton John glasses? “Talk to the hand”!?)) and completely missed the point of that last two films. Remember that whole “no fate but what we make” theme? Oh, so Judgement Day is inevitable now, huh? Garbage.

The plan: I wouldn’t suggest rebooting the series since The Terminator without Arnold Schwarzenegger would be like a car without seats… awkward. So what’s left? The future, of course. Future war, to be precise. After the introduction to Terminator 2, it’s what everyone wanted to see anyways. Show us the humans fighting the machines and smashing those metal motherfuckers into junk! Starting early in the war would give ample enough room for a series about the war itself, ending in the sending of Kyle Reese back in time to stop the T-800, model 101, from killing Sarah Connor in 1984.

The Tagline: The future begins now… (Or some variation… come on, Hollywood, do I have to do all of your work for you?)

Likelihood: Very good, considering that they are already making this film. With Christian Bale as John Connor (I think he could do it), and the war just beginning, I am starting to re-think my opinion of McG as a direct. Wait, what? Yes, that’s right, the guy responsible for Charlie’s Angels is doing the next Terminator film. Hey, don’t leave… hypocrites. You know you’ll pay to see it anyway. I heard that they’re going to CG Arnold into the movie, but that’s just a rumor at the moment… and it would be pointless anyhow. Since Alien Resurrection made part three look actually pretty good, I just consider everything made after James Cameron left a travesty. Remember all of the characters we liked in Aliens and everything that they fought for? *SPOILER* All for not. They died, pre-credits, in Alien 3. And the sacrifice at the end of that film? NOT! She’s been cloned. *END SPOILER* And I’m not even getting into the Alien vs. Predator series.

The plan: Since the series seems not to mind about twisting the audiences arm in getting them to believe what’s going on in the new sequels, why not just say that the other films were just wacky dreams that Ellen Ripley’s been having at the start of the new film. Now happily married to Michale Biehn’s character of Dwayne Hicks, they are called into action once again to come and save their adopted daughter (now grown up) Rebecca “Newt” Jordan who was a space smuggler and now imprisoned on a moon which has just come under attack from the Xenophorms when an infested spacecraft crashes down on the planet near the prison. Contrived? Yes. Possibly awesome as hell? Oh yeah.

Likelihood: Poor. Since Sigourney Weaver was the executive producer on the last couple films, I doubt that she’d be too into the idea of pretending that they never happened. However, like Ghostbusters, there is a game sequel coming out called Aliens: Colonial Marines. The games seems to take place some time after Aliens and is about space marines finding the Sulaco while looking for its crew. I think that it looks promising: I might get a bunch of shit just for calling Star Wars screwed up, but it undoubtedly is. I am one of those who was somehow entertained (despite their many faults) by the prequels and I very much think that this series deserves the top spot on my list, but not for what you might think.

Some say that the prequels are inferior to the originals… well, shouldn’t the series get better as it goes along anyhow? My own gripe, actually, is with the setting of all of the new stuff in the first place.

The plan: No more prequels crap, I think that people want to see some sequels here. Bring back Harrison Ford, Mark Hamill, etc.What about the remnants of the Empire? Rebuilding the Jedi, new enemies, more of everything. The possibilities are nigh endless here. I just don’t think that George Lucas should direct. Most of the best stuff in the series happened without the direction of George Lucas anyhow.

Oh, and someone should bring a new editor in to, well cut out the cutesy stuff. Yeah, we don’t need to annihilate the family audience, but we don’t need to punish the adults in the audience either. I like the tone of Episode III, V, and much of VI, but it doesn’t all need to be that dark.

Tagline(s): Depends on what they’re about, doesn’t it?

Likelihood: None. Lucas (as well as Ford) has said that he’s all but done with Star Wars, planning his next film about stuff we don’t care about and pointing Star Wars in the direction of prequel tv shows like the Clone Wars (taking place between II and III) and a live action taking place between III and IV. What a bummer.

I guess there’s always the books.