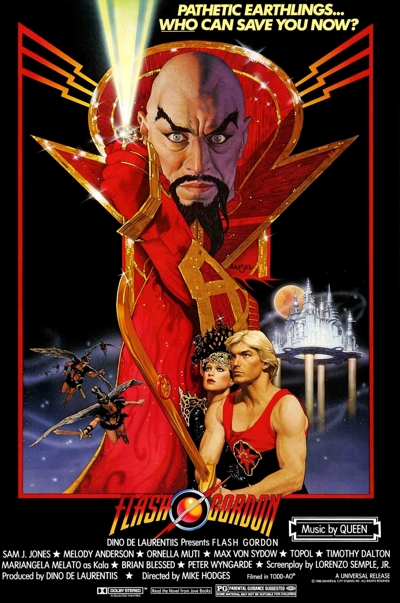 “Throw yourself onto your own sword”: 1
Ming stabs The Prince Of Ardentia with his own sword

Mostly Dead Slightly Alive: 1
Flash is gassed with poison gas by one of Ming’s men in a gas chamber (Comes back to life)

“Spare me the madness”: 1
Barin stabs The Challenger with his sword

“I think she found it rather enjoyable”: 1
Flash throws Klytus onto some spikes causing his eyes and tongue to pop out of his head

“Pick that up for me please”: 1
Aura stabs a Mongo soldier in the back with a knife

Ming blows up 2 buildings
Flash, Zarkov and Dale beat up several of Ming’s guards with a watermelon
Dale beats down 2 Mongo soldiers with a plastic gun
Zarkov’s memories show devastation but the images move too fast