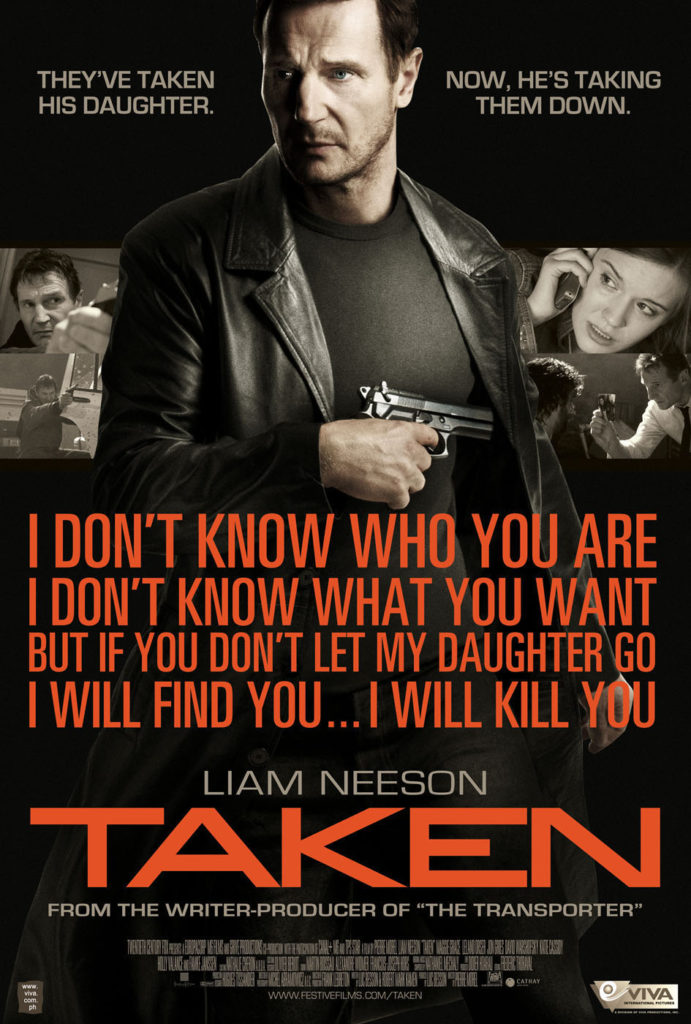 A former government operative’s daughter is kidnapped.  Now he must tear through the underworld of France to get her back.

Mills is about equal parts fantasy and fear.  Besson clearly wrote him to be capable of near superhuman levels of monstrous deeds, but he’s also that Ethan Edwards-kinda guy everyone secretly wants to have their back.  He’s a tough-love sort, but it is love.  And if you accept it, it’s a tender, caring kind of love.  If you don’t, it’s overbearing and way overreaching.  This might seem like a crazy task to give an actor, but Liam Neeson is more than willing to give this would-be DTV role all he can muster.  And it absolutely pays dividends, because Neeson makes you believe this guy could actually exist. 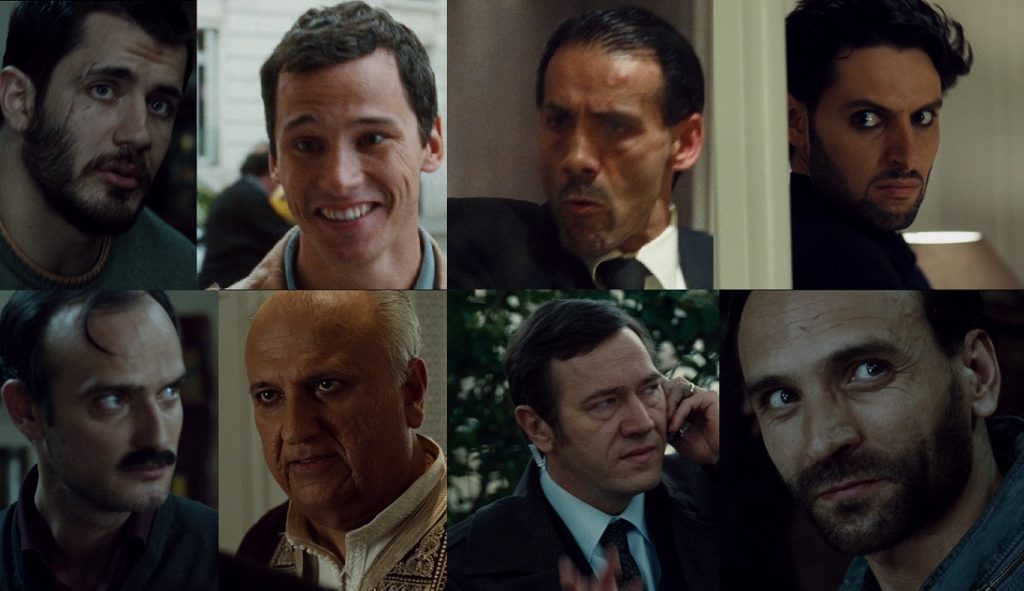 What really puts the whole question of whether or not this film might be somewhat racist is put to rest rather easily when you realize you can’t remember any of the bad guys.  Oh? You remember “Marco from Tropoja”? Good for you… except you don’t.  They all do the Spartacus song and dance during the big confrontation and identify themselves as all being “Marco from Tropoja.”  There’s the French cop named Jean-Claude (no, not THAT Jean-Claude), but who else?  I had to look up that rich white dude on IMDb to find out he was named Saint Claire.  Nah, the villains of Taken are either slightly brown or completely undercooked.  They simply are.

For a mainstream film. Taken is definitely one of the more violent ones.  What’s especially noticeable here is just how lethal Liam Neeson’s character is.  Of the film’s 35 deaths, 32 are caused by the main man himself.

Look, Taken is film based solely around a gimmick.  It’s a gimmick that works well, however.  So well, in fact, the entire premise was sold in the trailers.  Here is the scene in question, in case you’ve been living under a rock:

Taken is a an interesting sort of Action film, delicately toeing the line between entertainment and grim drama.  Essentially a modernized telling of John Ford’s The Searchers, mixed with a little Cold War stayover anti-Russian sentiment, and a whole lotta Americentric xenophobia.  It is of the post-Jason Bourne variant of Action style, but mostly it is post-9/11.

Living in the United States after the terrorist attack on September 11th 2001 was an interesting, if not frightening, experience.  It was a time of grandiose, outwardly expressions of patriotism, whilst simultaneously representing a sad, almost xenophobic view of the rest of the world.  There was an intellectual dishonesty apparent in the national response to these troubled times.  Though the offending group of men responsible for the deaths of those 2,996 people were from a radical faction of Muslim terrorist group called Al-Qaeda, with the 19 men responsible being largely from Saudi Arabia, U.S. citizens largely condensed their animosity toward a vague and unspecific group, for the most part simply referred to as “Middle Eastern.”  During this time, to question the newly jingoistic and increasingly threatening attitudes of the time was to be called “unpatriotic.” When the United States went to war with Iraq, many did (and still do) believe it was a vengeance strike in retaliation for the September 11th attacks.  And because the invasion of Iraq by U.S. forces was so widely criticized by other countries, it wasn’t uncommon to hear a repeat of then U.S. President George W. Bush’s words: “You’re either with us, or you’re against us.”  Much of this sad, black and white worldview animosity was directed at France.  This went to such an extreme that there was an actual movement to change the name of French fries to Freedom fries.

So when viewing Taken, written by prominent French writer and sometimes director, Luc Besson, it is important to keep these events in mind as they had every effect on the film.  Make no mistake, because as Taken is superficially an Action film in the style of Commando, it is every bit a satire.  That fact it plays itself so straight only makes it better.  Liam Neeson’s single-minded determination, lethal skill, and even his age make his Bryan Mills a modern take on John Wayne’s famous Ethan Edwards character from The Searchers.  And who is more America than John Wayne?  What would John Wayne think of his virgin American daughter going away to care-free Europe for vacation?  Even worse, what if it’s discovered his daughter is actually planning on chasing around famously liberal Euro-rockers U-2? And what of those filthy French scumbags?  They won’t even help us in our dirty wars!  They must be with the bad guys!  And it turns out they are!  When Neeson’s Mills eventually finds out the man behind the man behind the man is actually “Middle Eastern”, the film finally hits Paul Verhoeven levels of satire.

But, of course, this wouldn’t come anywhere near Verhoeven’s oeuvre if it wasn’t violent as all hell.  And Taken is one of the most violent films to become popular in the mainstream in years.  There were some immediate comparisons to the Bourne films at the time of its release, and while they do carry some of that Greengrass shaky aesthetic, Neeson’s bone-snapping efficient use of his enemies’ limbs against themselves is far more reminiscent of Steven Seagal’s films.  In fact, were it not such a Conservative-baiting, white paranoia thriller, this could have easily been a Seagal picture.  Fortunately, and I can’t believe I’m saying this, it has Neeson instead.  Neeson’s background as a heavily dramatic actor with a real sense for gravitas holds the movie together in a way Seagal’s whispery, self-serving calmness never could.  When Neeson is on the phone with his daughter right before her kidnapping, he is scared silly.  But just beyond that is a part ready to fight.  Ready to kill.  And that’s something I think only he could have brought to the table, as opposed to the many Action stars of yesteryear who may have otherwise filled the cool dad’s leather jacket of Bryan Mills.

I would say Taken is pretty damn entertaining as a play on post-9/11 American fears, though as an Action film it struggles a bit with its identity. The bits involving human trafficking are at times much darker than you may expect, and Bryan Mills’ use of torture and terror almost seem hypocritical.  At one point he snarls, “I’ll tear down the Eiffel Tower if I have to!”  The audience is meant to cheer on this hero, but it becomes difficult the more and more he behaves as a villain.  But still, America felt wronged and hurt.  And for the time, it felt good to hurt someone right back.