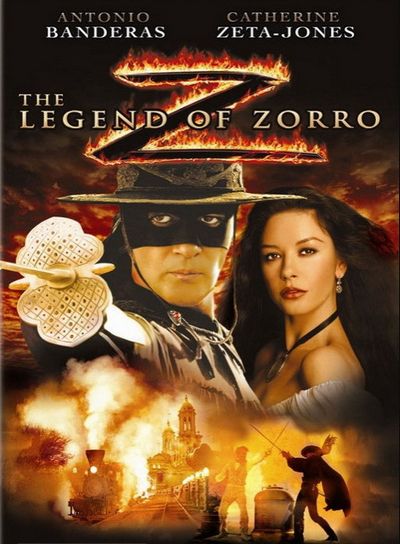 The Legend Of Zorro rights held by Amblin Entertainment and Sony.

The Legend of Zorro (2005) Body Count Breakdown by Gregglop09

Demonstration: 1
Armand throws a tube of nitro at Lord Dillingham’s feet blowing him up

Warehouse Fight: 1
Alejandro kicks McGivens onto a turning wheel and McGivens accidentally activates a lever which causes his shirt to be tangled into the wheel mechanism trapping him on the wheel and a drop of nitro falls onto his head blowing him up (Shared)