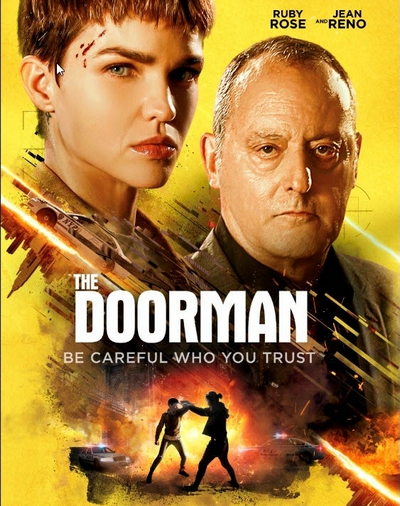 The Doorman rights held by Lionsgate.

Lobby: 1
Borz shoots Pat and he dies from his wounds

“I’m a Scorpio. It would never work”: 1
Ali stabs Pee-Wee in the chest with his own switchblade

Hall Fight: 1
Ali stabs Andre in the neck with glass shards then kicks him into a pool of electrified water, electrocuting him

Boiler Room: 1
Ali drops her nail bomb down a railing and Leo turns the wheel, causing the nails to hit him in the chest, killing him (Shared)

Rooftop Fight: 1
Ali shoots Olsen, causing him to fall off the roof to his death

“Well, now you know”: 1
Ali unpins Borz’s grenade and the explosion sends him flying into a bladed fan, impaling him