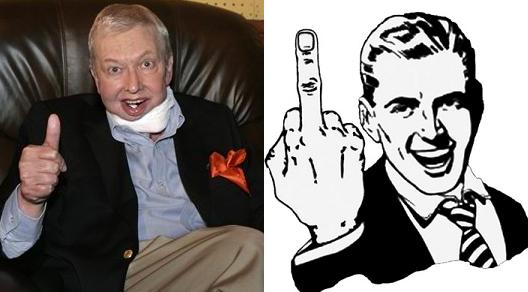 In the last few days, I’ve been reading a bunch of posts in our forums on reviews for the soon to be released The Expendables and it got me thinking about the whole profession… Recently, renowned film critic and pundit, Roger Ebert, wrote an article entitled ‘Why I Hate 3D Movies (And You Should Too)’. In summary Ebert goes on at length discussing his distaste with “Hollywood’s current crazy stampede toward” exploiting the novelty of the 3rd Dimension.

“It adds nothing essential to the moviegoing experience. For some, it is an annoying distraction. For others, it creates nausea and headaches. It is driven largely to sell expensive projection equipment and add a $5 to $7.50 surcharge on already expensive movie tickets. Its image is noticeably darker than standard 2-D. It is unsuitable for grown-up films of any seriousness. It limits the freedom of directors to make films as they choose. For moviegoers in the PG-13 and R ranges, it only rarely provides an experience worth paying a premium for.”

All valid, understandable complaints that I, for the most part, am in complete agreement with. For you see, my issue is not with Ebert’s standpoint, it’s with Ebert himself. How dare a man that hasn’t paid to see a movie in over 30 years bitch about expenses and surcharges. But this is besides my overall point, which also has absolutely nothing to do with the atrocious re-establishment of optical illusions being forced upon already mediocre cinematic poop. No, my issue has to do with critics like Roger and their stranglehold on pop-culture opinions.

As many of you know, I myself am somewhat of a critic. I’ve written over a hundred reviews on this very website, many of which have been viewed thousands of times (please, hold your applause). When I review and rate a film, I take many things into account including, but not limited to: the time and year in which the film was made and the budget and the creative talent involved. Just like most every paid film critic out there. And, like some paid critics, I also like to factor in the level of rape done to the original artistic vision the producers and MPAA performed. However, unlike most paid critics (note the distinction) I also factor in the film’s entertainment value, as it pertains to me. Note: this is why Transformers is the worst movie ever made… I digress.

But before I factor in everything else, or even decide to see a film I intend to critique, I first ask myself the following broad question: Does the film’s marketing and publicity claim that the film will appeal/”deliver-the-goods” to my personal entertainment preferences? (Examples; Is it an R-Rated action movie?, Is it targeted at my demographic? or Is it directed by someone I’ve come to trust?, etc.). If the film does indeed appear to be “for me”, than I feel the film is fair game to receive my honest critique. And this is why I can’t stand Ebert, Harry Knowles, that Rotten Tomato critic fresh-o-whatever and the rest of that lot when it comes to the genres I love (which, is essentially everything, to an individual film-goer). It’s clear to me, and everyone else, that the majority of these people aren’t fans of B-style movies. Yet they watch them for free anyways and then get paid with monetary gain and praise to pass judgment. Judgment that (and this is what irks me worst of all), a lot of people take seriously enough to be willing to sacrifice the act of forming their own opinions. Sure these people are the “sheep” of society, but they’re still people, and all participate in the success or failure of a film and those involved in making them.

So my take on doing criticism is this, if the film in question appears to be made to appeal and to entertain my personal tastes, great, it’s fair game and I’ll give it a shot. If not, that’s fine too–BUT, should I watch the film anyways, I believe I have no right to bitch should it suck the big one.

For example, The Twilight Saga. A film series that was clearly made to appeal to young teenage girls and sad, lonely housewives. Correct? Yet how many twenty-something male internet movie reviewers and bloggers have you seen bitching about this franchise since it’s inception? Answer: a shit-ton–And for what reason? … Why are so many of these “men” offended by these films and books? … Did Stephanie Meyer promise something more than a hollow pulp teenage romance series? No… I don’t think so. And I’m pretty sure there was no subliminal covert mission in-effect–so it all becomes less about criticizing, and more about fish-in-a-barrel bitching that I personally couldn’t care less about.*

And the same is true for all these pedestal reviewers from high-selling newspapers and magazines. Like Ebert. This is the guy that hated Die Hard–yet recently said “Now HERE’S what I mean by an action movie!” in reference to Salt… WHICH IS FINE! This man is completely entitled to his (crappy) opinion. But my question is, why-o-why would any self-respecting action/horror/B-movie fan take anything guys like these say seriously!? I firmly believe it’s men like these and the fools that blindly follow their jaded opinions are the cause for so many great and entertaining movies being ostracized, mocked, laughed at and doomed to poor box-office returns. It doesn’t make sense to me. And, to be fair, I realize it’s much more Joe-Schmo and Soccer Mom Sally who are to blame for such cinematic atrocities, but you stomp out the neighborhood drug-dealer, you cut down the chances of little Timmy getting an 8-ball on Saturday night. Amirite?

In short, and in lieu of the sure-to-be dismal critical response to this week’s return of 80s-Style-Action, The Expendables, I just want to say, please, don’t trust anyone’s opinion on someone else’s art who gets paid and/or rewarded with gifts and favors for delivering it. Especially if you suspect that their personal entertainment interests are predisposed antagonistic toward the subject matter (once again, like Ebert and action movies or Harry Knowles and filmmakers who don’t kiss his massive freckled ass).

Get out there this coming weekend, support Badass Cinema (by BUYING a TICKET) and for Sly’s sake, FORM YOUR OWN OPINION! ~RANT

*For the personification of the trite entertainment I’m talking about, look no further than ThatGuyWithTheGlasses.com. A website entirely devoted to beating dead entertainment horses. Worst of all is Doug ‘The Nostalgia Critic’, a 30yr old man that makes a living complaining about D-grade children’s movies from the 90s–I shit you not.