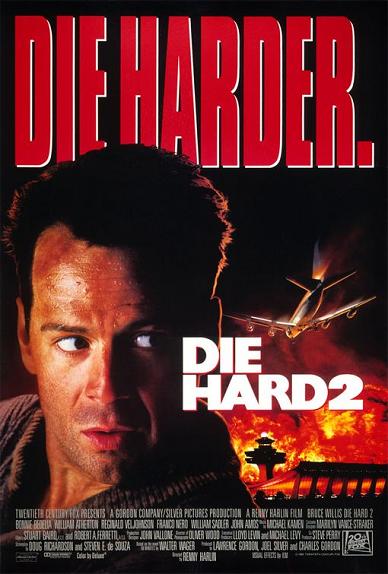 “This is Buckwheat. The clubhouse is open”: 1
Baker shoots the church custodian

Baggage Fight: 1
John holds Oswald Cochrane under the roller, causing his head to be flattened/electrocuted

“We got you”: 54
Thompson feeds false information to the Windsor 114 pilot, causing him to crash the plane blowing up himself, his 2 co-pilots and 51 passengers onboard

Foreign Military One: 3
Esperanza strangles his guard with his handcuffs
Esperanza shoots the two pilots

“Freedom”/“Not yet”: 1
John shoots Thompson in the throat

Church: 3
John stabs Baker in the eye with an icicle
John shoots at Burke, causing him to crash his snowmobile into the pond and drown
John shoots Garber

“Yippee-ki-yay, motherfucker”: 16
John kicks Major Grant off the plane’s wing and into the turbines, shredding him (accidentally shared with Esperanza)
John lights the trail of fuel, blowing up Colonel Stuart, General Esperanza, Miller, Kahn and 11 of Grant’s men

O’Reilly shoots two painters in a deleted scene
In all, 230 people were killed onboard Windsor 114