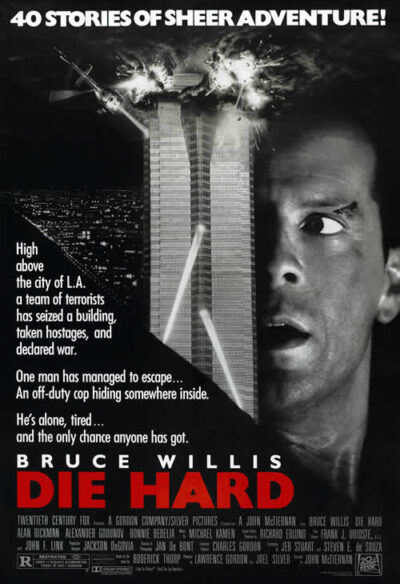 Board Room: 1
Hans shoots Takagi in the head

“Now I have a machine gun. Ho-ho-ho”: 1
John shoves Tony Vreski headfirst into the stairwell’s floor breaking his neck

“Next time you have a chance to kill someone don’t hesitate”/“Thanks for the advice”: 2
John shoots Heinrich
John shoots Marco

“Geronimo motherfucker”: 4
Alexander shoots a missile at an LAPD ATV blowing up 2 cops
John drops a pack of C4 strapped to a chair down an elevator shaft to the 3rd floor blowing up James and Alexander

“Shoot the glass!”: 2
John shoots Fritz
John shoots Franco in the legs causing him to land headfirst into a glass window killing him