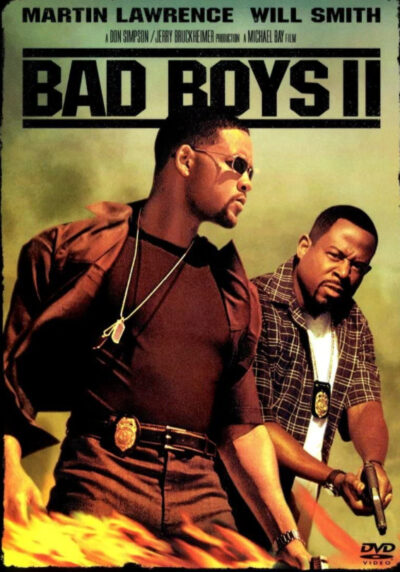 Starring Will Smith and Martin Lawrence

Alley: 1
A clubgoer dies of an ecstasy overdose

The Drop: 4
A Haitan thug shoots a DEA agent in the head
Syd shoots the Hatian thug
Syd backs up the SUV causing a Haitian thug hanging onto it to crash back-first into a car and flip over it killing him
Syd kicks a Hatian thug off the SUV door causing the door to break off against a stone pillar causing him to fall off the parking garage to his death

“Shoot him!”: 2
Marcus shoots out the tires to a car causing it to crash killing two Haitian thugs

Train Fight: 1
Mike throws one of Tapia’s men under the train causing him to be run over

Minefield Standoff: 2
Syd throws a gun onto a mine activating it blowing up Carlos
Marcus shoots Tapia in the head and his body falls onto a landmine blowing him to pieces