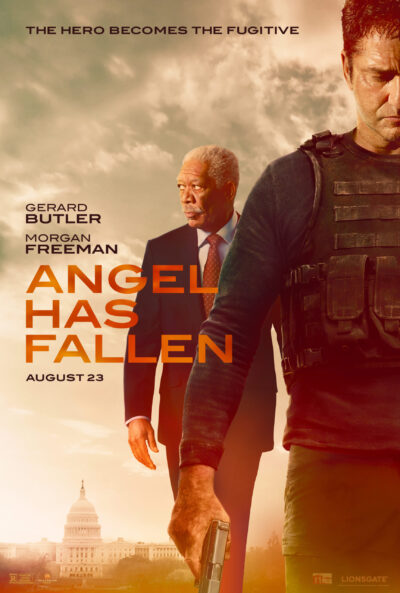 Angel Has Fallen rights held by Millennium Films and Lionsgate.

Roof/Final Fight: 4
Mike shoots a helicopter with a grenade launcher attachment blowing up Cole and 2 mercenaries
Mike stabs Wade in the chest and armpit with a knife and he dies from his wounds